Cuprosklodowskite is a secondary mineral formed by alteration of previously deposited uranium minerals. Chemically it is similar to uranophane but with the calcium (Ca) replaced by copper (Cu). Particularly fine specimens come from the Shaba province of Zaire and the Shinkolobwe mine, Kasolo.

The mineral name derives from cuprum, latin for copper and honours Marya Sklodowska the brilliant Polish physicist (who later married Professor Pierre Curie) and pioneered the study of radioactivity.

The specimen shown in the picture comes from the Shinkolobwe Mine, Shaba, Katanga, Zaire. 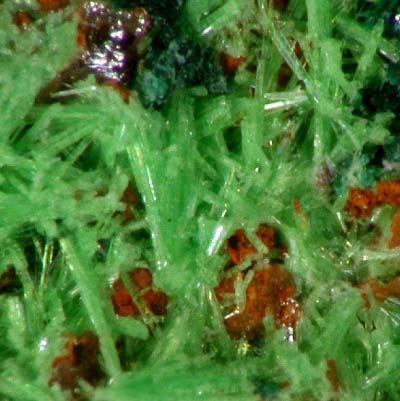