As an ore material, willemite is mostly insignificant. However the deposits at Franklin, New Jersey are a glorious exception. Here thousands of tons of the mineral have been mined and the mineral fluoresces a brilliant green in short wave ultraviolet radiation. The fluorescence is caused by partial replacement of zinc by manganese. Extensive tests have shown that maximum intensity of fluorescence occurs at a manganese concentration of 1%.

This specimen of willemite in the picture is from Franklin, New Jersey, and is shown fluorescing under short wave ultraviolet radiation. 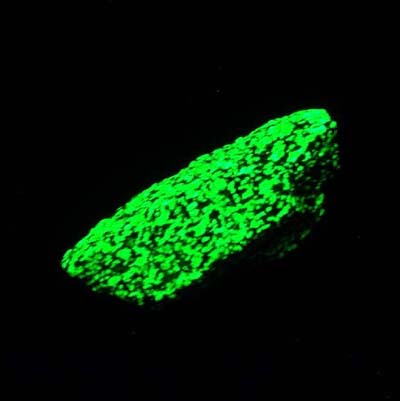