Members of the phylum Brachiopoda resemble Bivalves in having two shells but fossil bivalves can be distinguished by having identical valves, while the two Brachiopod valves are bilaterally symmetrical and are of different size.

Brachiopods were common from the early Cambrian until the end Permian but are rare today. Brachiopods have been used as index fossils for the Ordovician, Silurian, Carboniferous and Cretaceous.

The brachiopod Terebratula ampulla, shown in the picture, comes from the Greek Island of Milos and is of Pleistocene age. 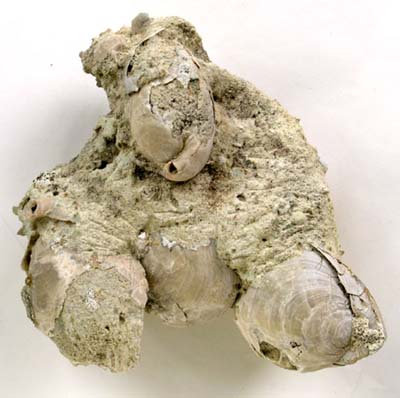